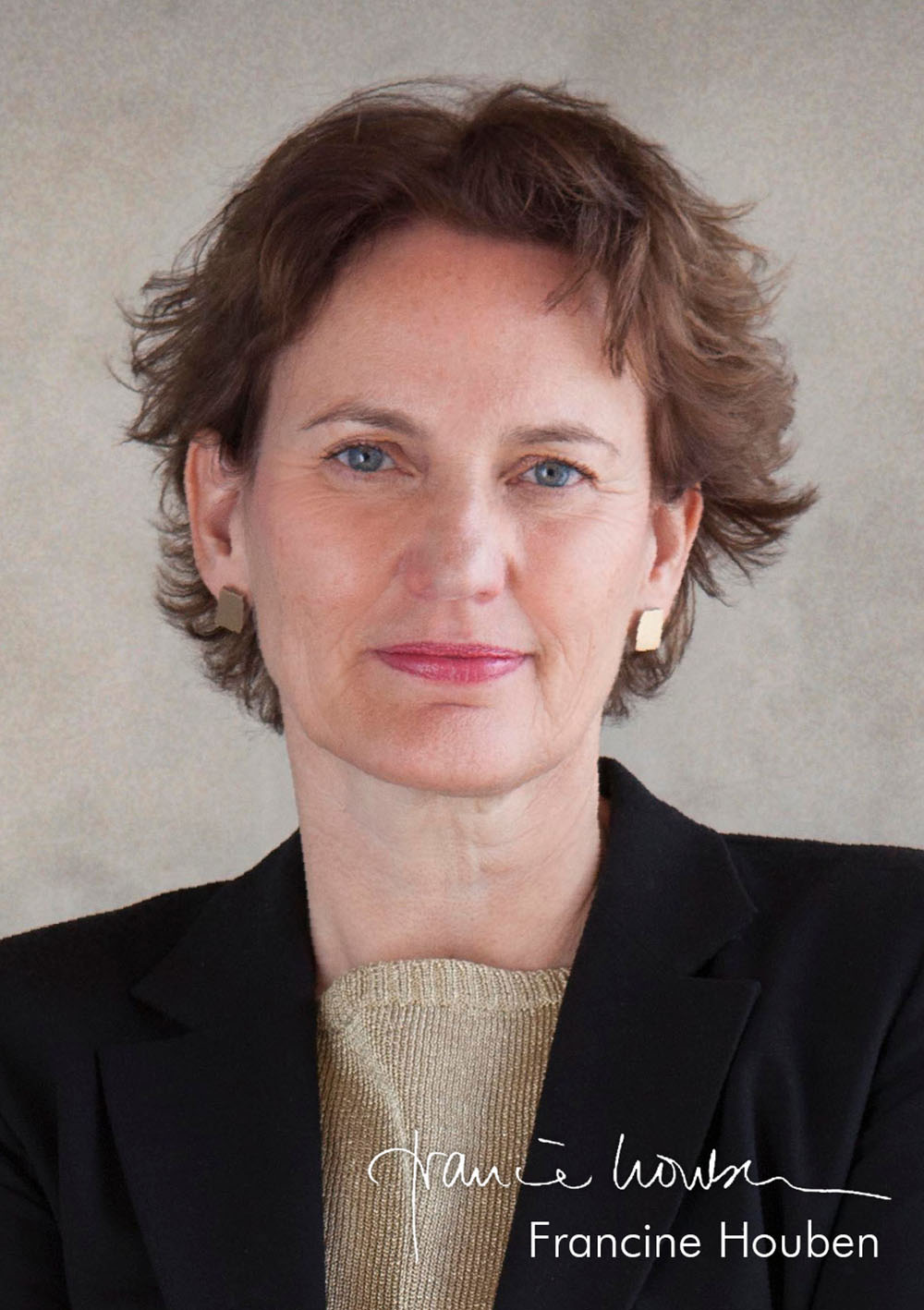 Francine Houben (the Netherlands, 1955) is Founding Partner and Creative Director of Mecanoo architecten. Her work ranges from theatres, museums and libraries to neighbourhoods, housing and parks. Each design is founded on observation of people, location, culture and climate. This analysis amounts to designs that respond to current needs yet are also prepared for (un)predictable change.

With her practice, she has gained international acclaim. She holds Honorary Fellowships of the Royal Institute of British Architects (RIBA), the American Institute of Architects (AIA) and the Royal Architectural Institute of Canada (RAIC) was granted lifelong membership to the Akademie der Künste in Berlin. In 2015, Queen Máxima of the Netherlands presented her the prestigious Prins Bernhard Cultuurfonds Prize for her entire oeuvre.

Francine Houben was professor of mobility aesthetics at Delft University of Technology and also taught at the universities of Harvard and Yale. As curator of the First International Architecture Biennale Rotterdam, she brought the theme of the aesthetics of mobility to the forefront of international design consciousness. She holds Honorary Doctorates from Utrecht University and Université de Mons.

Selected works include Delft University of Technology Library, Delft (1997), La Llotja Theatre and Congress Centre, Lleida, Spain (2008), Library of Birmingham, United Kingdom (2013), Bruce C. Bolling Municipal Building, Boston, United States (2015) and National Kaohsiung Center for the Arts, Taiwan (opened in 2018). Currently, she is working on the renovation of the New York Public Library and the central library of Washington, DC – designed by Mies van der Rohe which will both re-open in 2020.